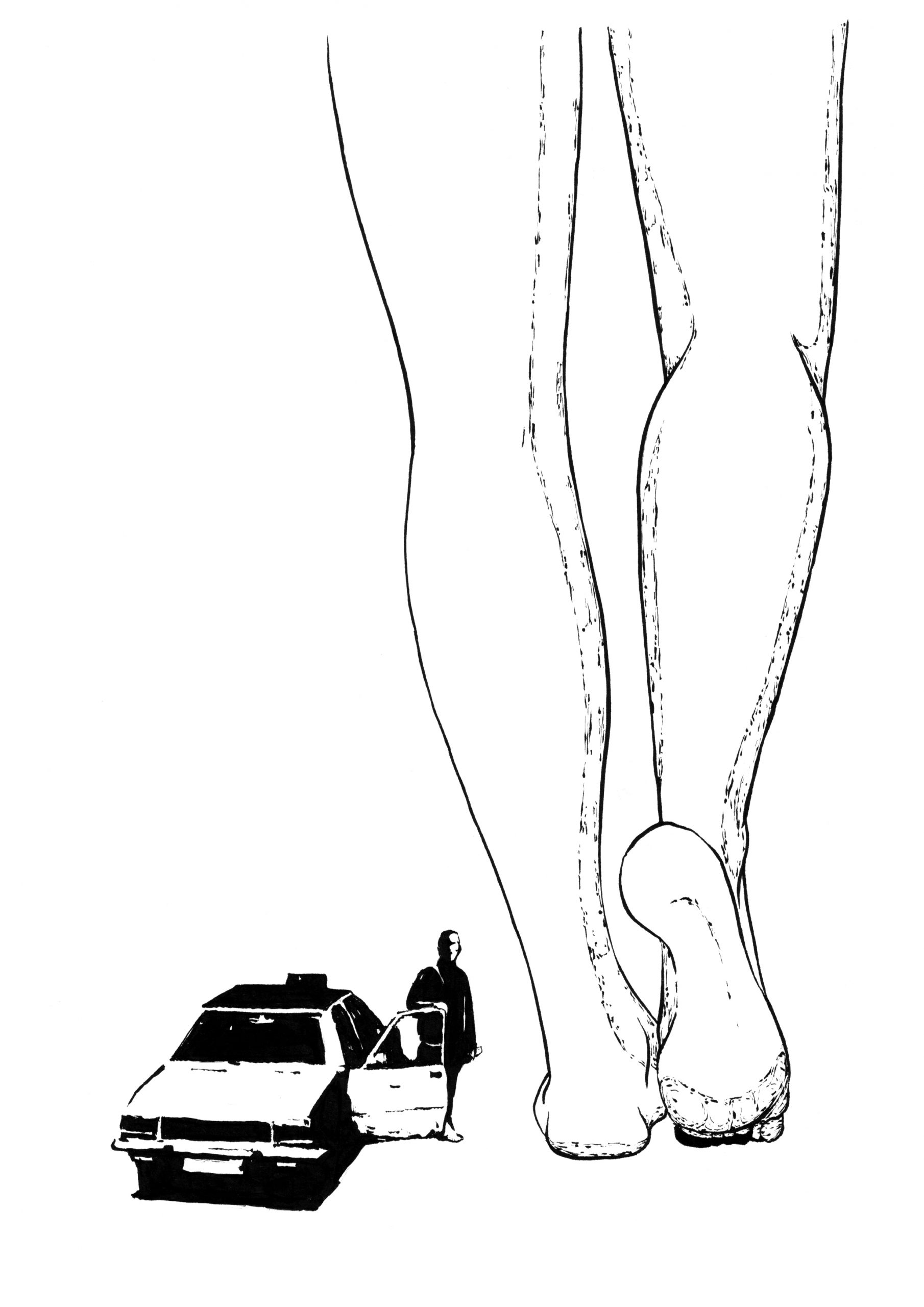 People with chronically lonely hearts long for love, even if they already receive it. That affliction makes them romantics and cowards at the same time. The love they receive does not satisfy them. A small consolation is that they also are messing about in life, just like all the different people with all the different hearts. Always beware that they don’t break yours.

Dana looks older than the years he carries. Wrinkled by a life in a country scarred by old wars that new wounds rip open again and again. On the dashboard of his khaki taxi lies a piece of mechanically woven rug. The Nokia under creates a bump. Like a lie hidden only to the one who bears it. Not long ago Dana would come home smelling of peach blossoms from somebody else’s garden. He hasn’t watered his own in three months. Each weekend he goes on long drives, far away from his own reality.

Away from his wife and her mother, and three daughters that need to be fed like hungry birds. He was happier on the terrifying frontline than in their company. He has filled a house with a family, but his heart remains an empty room. An organ without function. A piece of meat reluctantly pumping round the blood. Dana fills his off days riding tourists around. Roaming terror fetishists taking pictures of road signs that point to Baghdad, which they will never reach.

Not long ago, Dana, then a soldier, shot an enemy as young as himself. For one moment, he had hoped the other would be quicker. That he would be the one to fall. The dead don’t have to choose anymore, because all is lost already. In someone else’s fertile garden he ate pomegranates, so ripe they would burst. He came home filled with lust and life, you could still lick the juice from his hands. His wife held back her tears.

The landscape surrenders to the dusk. The taxi dances on the curves of the hills. Like a lover caressing a woman’s body with his fingertips. Dana must choose between his heart and mind. His clandestine Nokia vibrates moodily on the dashboard while his iPhone lights up the car like a discolamp. The passengers are frolicking on the backseat. Dana sees them in the mirror, two Europeans making out. He envies their freedom and flirts with the thought of being that unhindered.

He parks the car next to the tall grass, at the edge of the silhouette of the mountains. There he stands, an iPhone with a broken screen in his left hand, a Nokia with broken dreams in his right. Silver dots float through the twinkling air while a languorous voice speaks through the old device. Her husband has suspicions, she says. They have to end this.

‘But you are my breath’ he says.

‘You are my soul’ she says.

But he knows the devil will take their soul if this doesn’t stop. Right here and now. In the dark emptiness along the side of the road. Defeated he walks back to the car. Dana opens the door and sits down. The tourists are startled.

Dana dramatically stammers in broken English: ‘My life is like Titanic’. A male voice giggles from the backseat. Dana has nothing to laugh about. He drives away from his lies through a heavy fog. With one hand on the steering wheel and the other hand hurling the Nokia from the window. He is heading home. His secrets crash into the asphalt and get run over by a truck. A teardrop runs down the stubble of Dana’s cheek.

Beri Shalmashi (1983) is an author, screenwriter and film director. She studied film in Amsterdam and obtained her master’s degree in Utrecht and Los Angeles. Shalmashi teaches authenticity in film in the Resolution master’s programme at the Sandberg Institute. One of her many films is Mama, which was nominated for a Gouden Kalf award. Recently, she made the interactive documentary Big Village, about Iranian-Kurdish warriors, like her own parents, who tried to overthrow Ayatollah Khomeini’s regime from the mountains. Together with her sister, she wrote Taste of Home, a book with recipes and stories that was published at Rose Stories.

Translated from the Dutch by Daan Brâchel and Canan Marasligil.